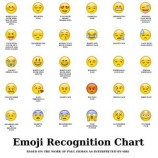 Sometimes people just don’t get it.

Consider Rachel and Jacob in this week’s parasha, Vayetzei.  Jacob has married both Leah (unintentionally) and her sister Rachel, the one he wanted to marry in the first place.  Jacob, we know, loves Rachel, and isn’t so interested in Leah.  But, even with Leah knowing that her husband isn’t connecting to her emotionally, she still manages to have four children with him.

Rachel is beside herself, grieving for her barrenness.  “When Rachel saw that she was not bearing children to Jacob, Rachel came to envy her sister.  She said to Jacob, ‘Let me have children; otherwise I am a dead woman!’” (Gen 30:1-2)  Her sister is her rival now, and there are four real reminders running around the camp.  Rachel turns to the man who professes to love her and pours  out her heart.  What does he do?

“Jacob grew angry with Rachel and said, ‘Am I in place of God who has withheld from you the fruit of the womb?” Not the right  answer.  He just didn’t get it.  He didn’t comfort, he didn’t even offer silent support, he flat out said the wrong thing, getting angry with her for being so upset, and for showing her grief and pain.  We have all been there, am I right, ladies?  I remember my father’s reaction to tears from any of his three young daughters was anger.  In retrospect, he was probably just frustrated and overwhelmed, and didn’t know what to do when confronted with teenage emotions.  Frankly, neither did we, but Dad wanted to help and had no idea how.  So, his default mode, like Jacob’s, was anger.

It’s true; often when we are confronted with other people’s grief and pain, we really don’t know what to say.  And it’s true that often, we say something completely wrong, unhelpful, even hurtful. I was reminded of something my remarkable friend Rabbi Phyllis Sommer recently shared, an article from The Jewish Week.  It was about what not to say to people in difficult times. The author Erica Brown talks about developing Jewish empathy and sensitivity in our language.  Brown writes, “’You shall not oppress one another, but fear your Lord because I am the Lord your God,” says Leviticus 25:17. The Talmud’s sages unpacked this verse as the biblical prohibition of oppressing someone with words: reminding another of a personal change that may bring them pain, attributing reasons for someone else’s suffering or using language that carries emotional barbs for another…”

We leave lots of voice mails and send lots of texts and emails to each other.  We send emoticons, emojis, little animal faces, and video links.  We do all this to convey how we feel to our friends and family.   And I think we do this a lot more quickly than picking up the phone or walking over across the street, perhaps so we can avoid saying the wrong thing.  We let our emojis talk for us.  Instead however, often the best “emoji” is a silent hug, or a simple, “I love you”.  Jacob might have avoided a lot of problems with that simple statement.