Chaye Sarah: A girl his mother would love 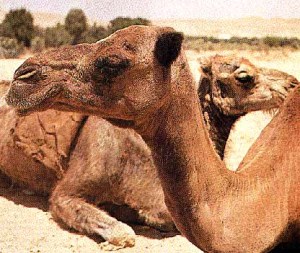 A moment:    “And Isaac brought her into the tent of his mother Sarah; he took Rebecca, and she became his wife and he loved her. Thus did Isaac take comfort after his mother.”  (Gen. 24:67)

A question:   Why was Rebecca chosen to be Isaac’s wife?

Isaac hadn’t spoken to his father since the “incident”.  How could he have?  How could he have spoken to the man who supposedly waited his whole life for him, who always said he was a gift from God, the one God who promised so much, but who, for some inexplicable reason, had told his father to take him, bind him on an altar on top of a mountain, and lift a knife to his throat….only to be told at the last minute to stay his hand?

So no, Isaac hadn’t spoken to his father since then.  Yet, he was getting older and Abraham kept telling everone it was time to get Isaac a wife; even Isaac had caught wind of his father’s intent.  “How”, Isaac thought, “could my father possibly know what sort of woman to find for me? We haven’t spoken in years, and besides, why would I trust him anyway?”

There was one person Isaac trusted, though.  One person Isaac had kept talking to, kept connected to, besides his mother Sarah.  It was his father’s long-time servant, Eliezer.  Eliezer had grown old too, and his affection for Isaac had deepened with the years.  He hadn’t spoken to his master Abraham about “that day” either, but he knew how painful the rift was between father and son.  Eliezer tried to maintain the contact, be the go-between of the family, and came to love Isaac a great deal.  But he also saw Isaac clearly and saw what he needed.

One day, Abraham called Eliezer to his side and charged him with finding a wife for his son Isaac. But it had to be a wife from the old neighborhood, not one of the Canaanite women they lived among.  Eliezer told Isaac he would be off on a quest to find him a wife, and Isaac smiled to himself, glad that Eliezer would be doing the choosing, not his father.

On the road back to Nahor, Eliezer thought hard about how to choose a woman.  He knew that Isaac wasn’t the same after that day on the mountain.  He couldn’t make decisions, he couldn’t focus on anything.  Sarah had taken over much of his life, and Isaac had welcomed it.  Sarah was a kind and calming influence, with steady, but protective, control.  Sarah smoothed the way for her son, as if he were unable to see what was before him.  Eliezer watched, and he knew he needed to find a woman like that for Isaac: one who was outwardly kind, but one who was able to take over and make decisions.

Eliezer rehearsed to himself what he would say, and how we would know the right woman when he saw her.  When he got to Nahor, he headed to the main well where the women of the town were gathered.  There, a young woman named Rebecca saw him, quickly assessed his wealth, and stepped forward to give him and his camels water to drink.  Eliezer offered Rebecca some of the gifts he’d brought, and she accepted them right away.  Eliezer went to Rebecca’s home, where she lived with her mother, her uninvolved father, and her brother Laban, who took over the marriage negotiations.    Nothing could be finalized until Rebecca herself agreed to marry a man she’d never seen.  Laban knew how strong-willed his sister was, and Rebecca couldn’t wait to get out from under the control of her brother.  It was the right match.

When Isaac finally met Rebecca, he saw in her the same strong, resolute and fiercely protective woman he had lost when his mother died.  He couldn’t have known these very traits  would ultimately divide his family.  But for the moment, Isaac  took Rebecca into his mother’s tent, loved her,  and was comforted.